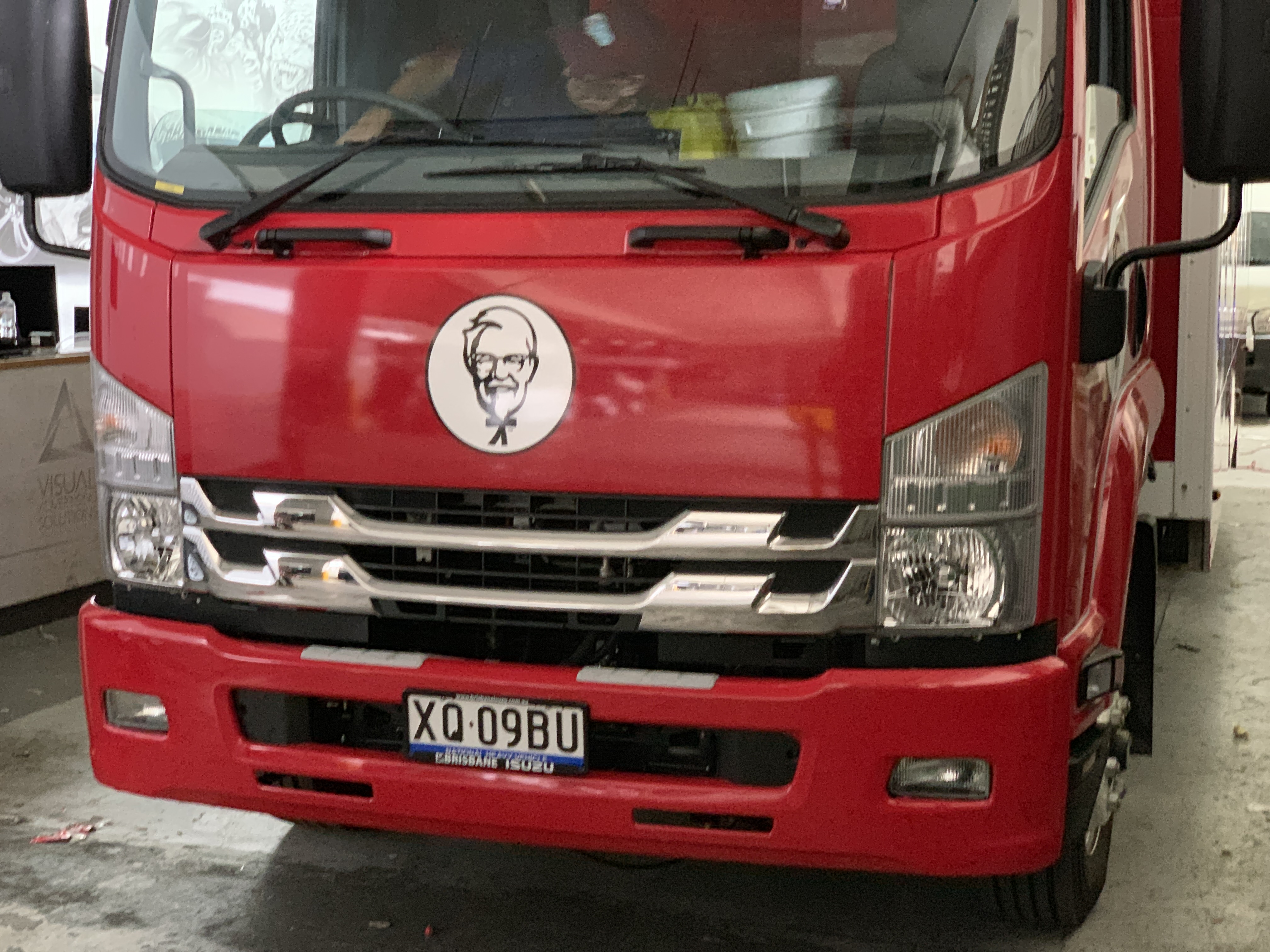 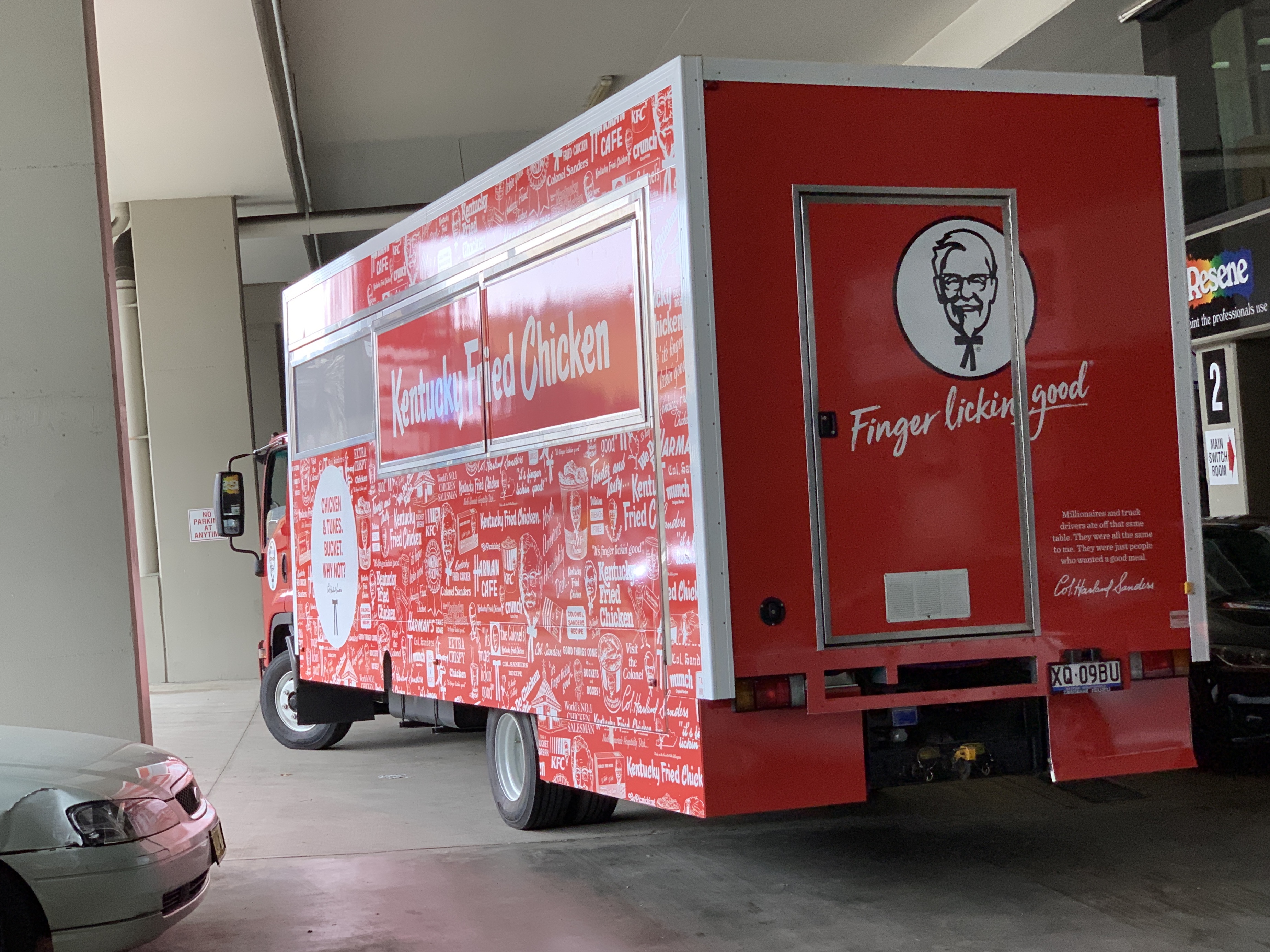 This KFC truck was recently wrapped by us on behalf of Geometry, who in turn were working on behalf of KFC. The truck was to have a complete wrap done, with their own custom in-house design. The biggest challenge for us by far was the time limit that it needed to be done. The truck was to be dropped off on a Friday and it was to be picked up on a Wednesday. The other major problem we faced was that after prior inspection to the vinyl, we felt it was in the best interest to remove the original, pre-existing vinyl wrap, as there were too many nicks and scratches for us to effectively cover over it.

One of the biggest hurdles of the project was the design aspect. We were provided with a design that was not at all similar to what we were instructed to do, with various differences and changes needing to be made. It was a lot of going back and forth to agree on the design that would suit it best. The next hurdle itself was removing the vinyl. Since it had been on the truck for quite some time, it was difficult to remove, not to mention the height of the truck was a big issues.

The truck was being used as a promotional campaign for KFC, where it was to be sent down to Melbourne and free food was given out to them. The truck was also scheduled to be brought back directly to us to redo the front cabin vinyl, to update it and keep it fresh.